There are so many companies providing SEO services that it is hard to find a reliable SEO company. Chameleon is a Birmingham based SEO company that has a proven track record for success. 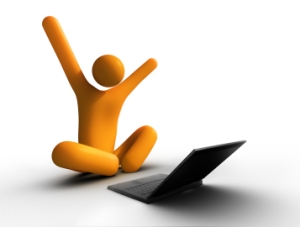 Take a look at some of the websites that have top Google positions that we have worked on. Chameleon have been providing an extra special level of service with SEO results that speak for themselves.

It seems everyone is rushing around at Christmas, the shops are rammed, there is no where to park. A quick shopping trip is enough to make you mad.

We can see why people are struggling to find Christmas gift ideas.

It also seems that Sweet Heaven and Ripley Hampers are busy.

If you are looking for Christmas Gift Ideas, why not take a look at the website and see you can keep your sanity.

Being a technical geek who loves gadgets and the director web company I personally need a phone that is an all in one smart phone. Having been a Nokia fan for many years (14 years) having the latest Nokia phone available the day they become available no matter what the cost and then 6 months later as a new phone comes out swopping again all ways keeping ahead of technology I would say that swopping to an iPhone was a big leap for me.

My first iPhone was a an iPhone 3 and then after 3 month I got the iPhone 3GS. The functionality and ability to to show off in the pub meant the iPhone was great. I had my music on it for listening to as a I wanted, my 14 emails accounts all worked pretty good and I was receiving emails and sending them on the move much better than any Nokia had ever been able.

The Facebook and Twitter apps are great for keeping in touch and then using the iPhone as a business phone looking at my diary and planning and the maps, etc meant the iPhone was a huge improvement over any Nokia I had ever had.

But then with everything good comes something bad. The phone call quality was very poor and whilst on the move the iPhone drops call like no other phone I had ever owned. Also a 30 minute call and a few emails and a 30 minute call and then the battery was less than 50% and needed charging to last the day. But as with a busy life I did not have time to remember to charge the phone and often the phone battery would die on me. I found myself having the iPhone always plugged into a computer or wall socket charging when I was at my office desk.

But then on a weekend shopping with the children and wife, all my APPS running away and emails coming in, reduced calling traffic but the phone again would die and I have often had to wait at the car for my wife to return after I have gone to a shop without her and then she has tried to ring me and cant due to the phone being off as the battery has died. This is the most annoying thing about an iPhone.

So looking at this I have a phone that is not capable of doing what a Nokia can do well, be on standby and make calls. Then when you start hating the iPhone you start realising that the massive Apple sales pitch is everywhere and the gimmicks sell the iPhone so well and detract you away from the fact it is useless as a phone.

I have a brand new BMW 3 series coupe and this has the blue-tooth options. This is meant to operate as a hands free and also allow you to listen to your music via blue-tooth. The car connects and you can play a track with no names and then the blue-tooth drops and then it starts again intermittently. After a week of hating the iPhone for all the simple things that other phones do I decided to look at putting it in the bin and buying a new phone.

My choice was the Blackberry 9800 Torch. 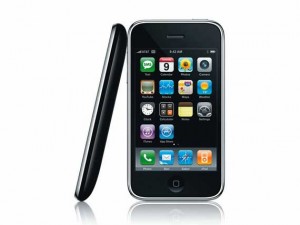 First impression of the Blackberry Torch was what have I done. The interface is very odd and not as user friendly as the iPhone and navigating my way round seemed confusing.

The feel of the Blackberry 9800 Torch thou is different to that of an iPhone and it does feel like a quality electronic device. The first thing I did was put them side by side a replicate the APPS and so on.

I extracted out of iTunes the contacts list and then imported them using the Blackberry Desktop Software and this was very easy. Blackberry offer an APP store similar to Apples, maybe not as good in someways but for the APPs I used there are all there.

I setup the user accounts for the APPS like Facebook, Twitter and LinkedIn and then I spotted the Social Feeds App, and this bring everything together which I thought was very good.

The eBay APP is great a much better interface than the iPhone and as I started using the Blackberry APPS I soon started to find that the APPS work better than on the iPhone. They are quicker and the apps work perfectly like on a PC. The iPhone cut  down APPS never really did anything for me, they allow you to use the APPS but not in the same manner.

Emails, well what can I say, instead of typing all the details in for everything, email address, mail server, users, password, etc I was able to use the computer and push the settings to the Blackberry Torch. This was great, I had everything configured in 30 mins. It took hours to get the emails configured on the iPhone.

Now I can start using the Blackberry 9800 Torch in real life. The main display means you know everything that is going on, emails, messages and the Blackberry Messenger is great showing you even the status of your messages (have they been read or not). The battery doesn’t seem to be going down and as you will know the first time you get a new phone you hammer it as you can not put it down. You are learning and playing and then trying out new things. The battery lasted the complete day. It only needed to recharge when I did, and I have to say I was shocked. Looking at the reviews the battery is meant to be better on an iPhone according to the facts.

So I looked into this and tried to understand why and then I realised. The Blackberry get things pushed to as the iPhone checks for updates. So the iPhone will keep checking for new emails and messages and APPS also the same. This has a huge negative effect on the life of the battery. So the Blackberry is not the change but the Blackberry network and infrastructure.

In the car and it connected first go and a quick check and every option the car can do works. I can play music and see the track names. I can read contact properly and view the phone book and messages. A phone call on the hands free and you can see the difference in call quality. Perfect and whilst driving around Birmingham I have not dropped on call whilst on my Business travels. Even when I drove the tunnels where even my Nokia’s would drop calls.

So I am starting to fall in love with the Blackberry 9800 Torch. A full day of phone calls and emails and checking social media connections and ebay and then go to bed and charge the phone with 30 to 40% battery life left. This seems to good to be true.

Overall the Blackberry does everything my iPhone did, but better. And it even makes calls 🙂

Remember review sites give you the opinion that they want and often they are owned by company and used as a marketing tool.