Some of our clients who manage their own Google Places accounts have asked the question “Why does my verification page only have post card as an option?” recently.

The answer issimply that Google is now getting much stricter regarding the verification process required to list in the Google Maps.

If there is a business listing already in Google Maps and you attempt to claim this listing often you will still get the chance to use the phone option. However you’ have created a new listing then you option now will only be to verify via postcard.

So we asked Google directly why the change and the responce we got was:-

If this is a new business to Google then certain verification methods are now unavailable and the verification method used will be dependant on the information provided by the business. We are trying to maximize our trust levels for Google place listing and new listing that require a post card verification will provide us with the highest level of confidence that the business listing in Google Maps will real.

Our phone verification option is now only available if Google has a strong confidence that the listing information for the company is correct.

This new strategy is not meant to deter new business listings but create for users a better listing service for the results found within the Google search.

Chameleon believe that this is a good move by Google even if it makes the process slower as it will stop people simply adding new listing for Google Maps SEO purposes.

To answer question about Google Places try this link:- http://www.google.com/support/places/?hl=en-US&rd=1

We have been informed today that Web security firm Armorize has detected more than six million online shopping sites with web pages that have been attacked with specific targetted exploits. These attacks use web browser vulnerabilities to insert malicious software which can effect applications or software running the websites.

Armorize has stated that the majority of hacked sites appear to be running non-updated versions of osCommerce, which is a very popular e-commerce shopping cart program that is used for many online stores. Maintenance of websites is something that many store owners over look and when web design companys quote maintenace fee’s the companys normal turn a blind eye to it as this is seen as money for nothing.

One of the most important factors in preventing the virus problems that we have today is keeping website software up-to-date and this is can be a large job. Backing up software and databases and carrying out website maintenance is a must.

In this the latest virus attack aimed at osCommerce only website not updated are at risk. Armorize has said that when a visitor to the website that is compromised visits the web pages the visitor’s browser is attacked with exploits that target web browser plug-in vulnerabilities.

These include two holes in Java, Windows bugs, and an attack aimed at a  security weakness in Adobe‘s PDF Reader. To protect your self against these vulnerabilites you should ensure you have all the latest patches that are available for your chosen browser.

Armorize explained that these malware targetted attacks are aimed at osCommerce websites so if you operate a website that uses osCommerce then please contact your web master and ensure that your shopping cart software is protected.

The Armorize blog lists several ways to tell if your site has been hacked.

Get your osCommerce updated go to the link:- http://www.oscommerce.com/solutions/downloads

A funny collection of Photoshoped Rioters:- These amuzing images can be found and more at: http://photoshoplooter.tumblr.com

Living in Birmingham for over 35 years and being proud of Birmingham it is shocking to see the youth of today acting the way that they are and destroying it.

The riots that took place in London are fueled by anger at the police for shooting someone. We say someone because if you stopped the idiots rioting in the streets of Birmingham and said what was the name of the person shot in London they would not even know.

The strange sad truth is that this is simply a glimpse of the future that is before us. There is no fear for getting arrested and there is no respect for the police.

Watching the news you get a vision of what people on the streets think. When you hear people make comments about them being soldiers it is a joke. Soldiers of what? fighting who?

The reporters turning on the police saying they are not doing enough and watching people loot shops in front of them. The reporters need to look at the facts. 20 police against 100 hooded idiots and if the police went in strong with force (which is needed) the same reporters would be saying “police used too much force” and this would be all on film. So the police watch because of the stupipd world that we have created.

The soldiers of these events are the police putting their life at risk to protect the people of Birmingham and the City Buildings and shops.

The young hooded community that are complaining that police are harsh with them stop searching them and treating them differently. They should ask themselves why? Look in the mirror!

The biggest problem is that the hooded community of asian / white youths are stealing and causing behaviour problems and getting a bad name and then moaning that they are being picked on.

How can people be so stupid. To see the real truth about the youth of today, watch this video of a young boy bleeding on the floor and then being helped up. You think this is nice and maybe we are wrong and there are some good people out there in the crowds. Then watch what happens:-

One of the BBC News reports showed a young asian woman saying “the black youth have no chance to get on and they are taking things because they can’t afford them as they have no jobs”.

All this trouble costs buisness owners money and the hooded asian community causing the problems then turn up and ask for jobs from the people they have stolen from. This is a situation that is mindless and out of control.

If they want to get on get education and start a new life. In life you get out what you put in and in you don’t bother putting any effort in then you can only blame yourself. We all have a chance to do well but it is down to us to take every opportunity as it comes and work hard to achieve what we can.

As a test of the SEO power that Chameleon Web Services have we were given a test to get the keywords “sony televisions models” with a blog post on page one of google in one day!.

Sony currently are doing 27 Bravia HD TV models which is split across 9 varying types the main difference being if they have 3D capability or not.

Sony are now building televisions with everything built in, it is no longer acceptable to simply add in FREEVIEW, now Sony are adding things like Skype, Web Cameras and more.

Sony have also now gone for sizes ranging from 46″, 55″ and 65″ and these newer models will be available soon. 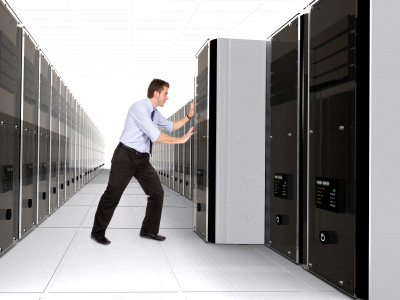 They are all good at something, this can be price compared to other hosting providers, speed of service over other providers, the management of your account, the control panel and flexibility. But when deciding in who is a good hosting provider or not so good you need to see who can give you the service you require.

Edge will be updated regularly to add new functionality, stay ahead of evolving web standards, and incorporate user feedback to provide the best functionality and experience possible. This is an early look at Edge with more capabilities to come.

This version of Edge focuses primarily on adding rich motion design to new or existing HTML projects, that runs beautifully on devices and desktops.

Learn more about the features of the Edge Preview

Internal linking is very important as this ensure the Google robot will go to every page it can.

Blogs and Forums have been using the “NOFOLLOW” attirbute to try and prevent spamming.

Use this to your advantage and on links placed on your site where required use the “NOFOLLOW” and this will help increase your PageRank.